The need for Quebec to become a leader in climate action 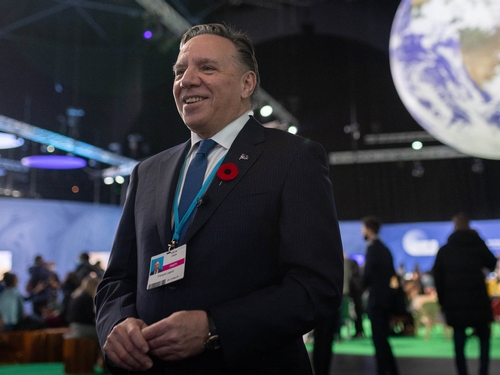 Quebec recently participated to the COP26 in Glasgow because, although the federated states are not officially signatories to the Paris Agreement, they still have a decisive role to play in terms of diplomacy and climate leadership.

For many years, Quebec has clearly demonstrated its willingness to participate in the effort to reduce greenhouse gas emissions through its Plan for a Green Economy, but while the States had to present enhanced contributions to Glasgow (more ambitious than the one set five years ago in Paris), Quebec arrived with the same reduction target of 37.5%, compared to 1990 by 2030 and with a Plan for a Green Economy that does not even reach 50% of the target. We would have hoped that Quebec would show more ambition and leadership at this important event since we proclaim ourselves as a leader in the fight against climate changes and its disruptions. The magnitude of the current climate crisis requires unprecedented international collaboration, beyond national targets.  The concept of "fair share" is also a necessity. A recent scientific report by the Climate Action Network Canada assessed Quebec's fair share and shows that we should reduce our global GHG emissions share, or 65% of our national emissions, by 178%, below the1990 levels, while our target for 2030 remains unchanged.

Quebec, or Canada, has never met a target in the fight against climate change. Although our Minister of the Environment left with an unchanged objective from the COP26, it will be necessary, on his return, to take position on the 2030 target to face this challenge. Let’s also hope that Mr. Legault's presence in Glasgow will allow him to realize the indispensable role that Quebec must play in this climate crisis and understand that, beyond the objectives, he must have an implementation plan that will truly lead us to carbon neutrality by 2050. Since his election, Mr. Legault has put Quebec pride at the heart of his speech. This is a golden opportunity to make Quebec's governance and climate action an excellent reason to make Quebecers proud.